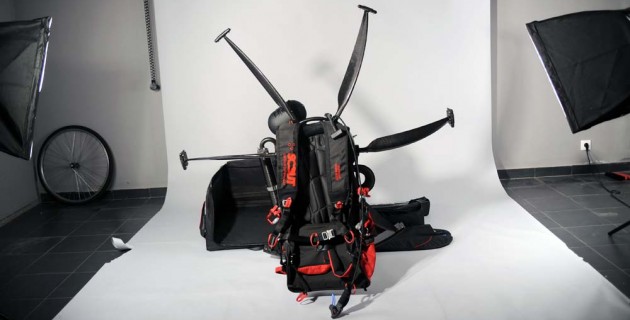 Troy Hartman has been flying SCOUT for a few months now,  check out what Troy has to say about our carbon fiber paramotor.

"The first time I saw the SCOUT, I knew it was revolutionary for the sport. My feeling was that, even if some of the features weren't perfectly refined in this first iteration, they were such smart ideas that wouldn't be going away. Somewhat shockingly, the SCOUT flew exactly as it had been hyped. The lack of torque was truly hard to believe. I was expecting less torque, not no torque. It had an amazingly precise feel in the air, going where I wanted it to with no resistance. I immediately felt comfortable throwing it around, with a huge grin on my face.

Beyond its magic in the air, the SCOUT is very user friendly on the ground. It takes only 5 minutes to assemble from its compact, broken down form. The harness is clean, simple and comfortable. Wearing the machine on the ground is very tolerable with its light weight and low profile. One very big difference I've found with the SCOUT is others' reaction to it. The sleek carbon fiber cage really draws attention. It's not one of those "fan things" to bystanders, but more of a modern aircraft. This is good for our sport.

There are so many other great features of the SCOUT, but in the end what sold me on it is how it flies. It's one of those products that doesn't need a lot of marketing hype. If you fly it, you will want one."

Troy Hartman, adrenaline junky, stunt performer and owner of SpeedFly Soboba has been hooked on flying for decades.   He is now our latest SCOUT paramotors dealer in the Southern California area.