We've all learned to live with torque effect from our powered paragliders, especially high powered paramotors.  Scout however has a solution to this problem; it's called Dynamic Torque Compensation.  - patent pending.

Every aircraft with a rotating propeller creates torque effect.  With Paramotors, this causes a swing to one side which in turn induces a turn.  To counter act that, most pilots will add break (bad idea) or weight shift to the opposite side, helping to level out the craft and allow it to climb straight. 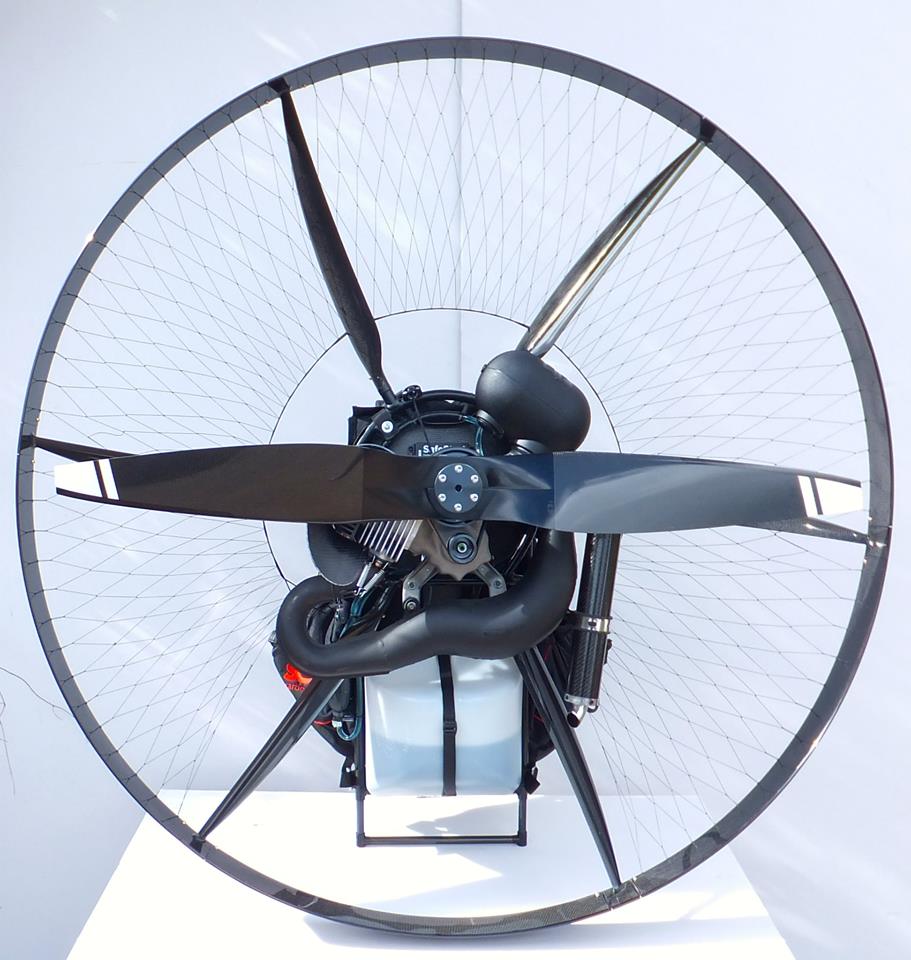 Scout has taken advantage of it's carbon fiber molding and adjusted the angle of each cage spar, engineering each as an asymmetric airfoil.  By adjusting the angle of the cage spars airfoils, the air moving over the cage creates rotational lift.  By doing this in a very precise manner, Scout has completely eliminated the torque effect.  This allows for full power climb outs, without turning or torque twist.   Dynamic Torque Compensation will help tremendously in the following flight scenarios:

Keeps the aircraft flying level when on full fast trim and speed bar.

No unintentional turning after full-power take-offs.

Equal turning capability to both sides even under full power!

The SCOUT anti-torque design will work with many different engine setups.  The frame is not designed after only one engine.  As the prop speeds up, so does the airflow over the cage as the prop is "sucking air" over the aerodynamic spars.  Regardless of airspeed, the design works as intended in a dynamic attitude.  The more thrust you push out, the more the cage design counters it.

While we may fly one of the slowest forms of aviation,  aerodynamics are still extremely important.    Most of all of the advancements in aerodynamics have been to that cloth wing keep us in the air above us, leaving the paramotor neglected for years.  We at Scout Paramotors decided it's time for a change.

The Scout Paramotor is made from carbon fiber and ever part of our cage is made to be as aerodynamically slippery as possible helping to decrease drag and allow you fly what we believe is the perfect paramotor.

Carbon fiber gives us the ability to not be limited to tubes or other basic shapes typically used in the industry.  It also allows us to create the most aerodynamically efficient cage sections with tons of strength.

The Scout allows pilots to have a lightweight paramotor without trading it for cage strength.

On the Scout, your back is well protected by a strong carbon shield.  In case of an accident, the forces are well spread over the large surface of your back thus reducing the potential for spine damage.